Together with Trio Artio 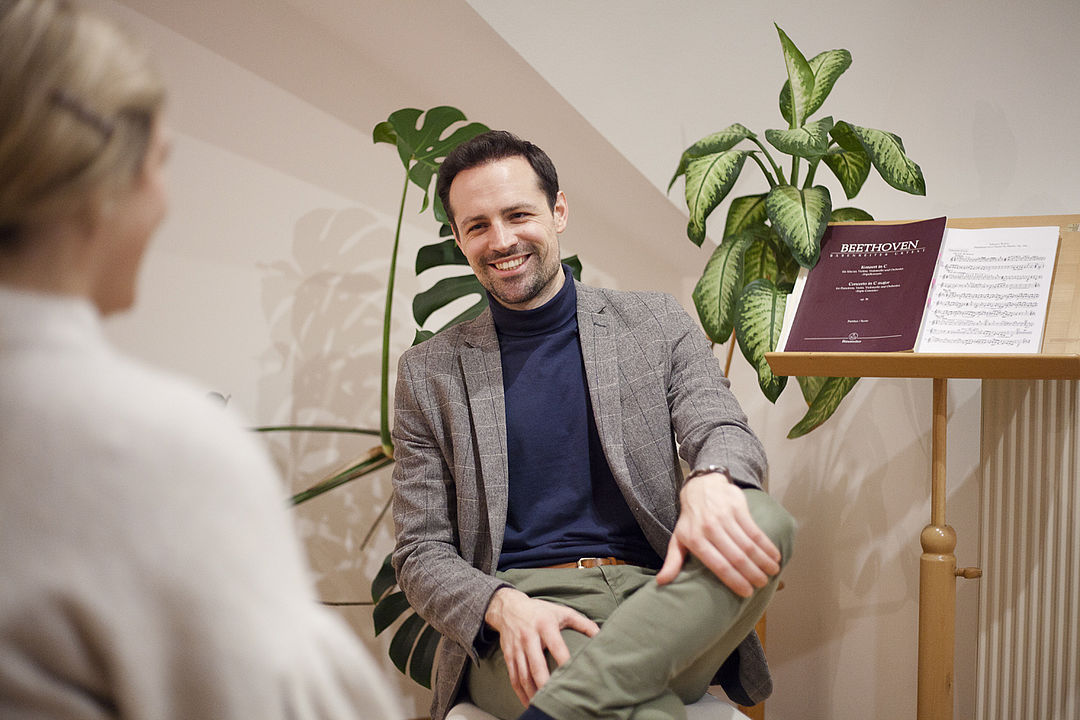 When the Klangvereinigung got the opportunity to be a part of the Jeunesse subscription cycle for 2019/2020 with the Trio Artio, who is the featured ensemble for this year, Gerald Mair, the artistic director of the orchestra saw it as an opportunity, “for Beethoven’s 250th birthday, collaborating with the Trio Artio lent itself perfectly to Beethoven’s Triple Concerto.” In 2016, Mair conducted all nine of Beethoven’s symphonies in Lambach for beethoven:complete, giving the orchestra and Mair a familiarity with Beethoven’s music that have prepared them for this concert on February 29th, 2020.

2020 is not only an anniversary for Beethoven, but the 10 year anniversary for the Klangvereinigung, which was founded in February 2010 by Mair and Bernhard Winkler, the chair of the association. The Klangvereingung has appeared internationally and far and wide within Austria. Often travelling through China for New Year’s performances, to being the annual festival orchestra for the outdoor opera festival Gars am Kamp. The concert with Trio Artio at the Konzerthaus in the Mozartsaal in Vienna is a celebratory highlight for 10 years Klangvereiningung.

After the Triple Concerto in the first part of the concert, Mair considered carefully what works to select for the 29th.  Second, the orchestra will perform Haydn’s symphony 102 in B-flat major. Mair chose this piece aware of the connection to Beethoven. “He was a student of Haydn’s, and was very heavily influenced by this time under his tutelage. Symphony No. 102 was composed just before Haydn’s second journey to London, and created during the same year, 1794, when Beethoven was his student. It’s considered one of his best and last symphonies he composed.”

The third piece for the evening will be from Brahms, Variations on a theme by Haydn, Op. 56, composed in 1873, completing the historical composer trio with their own connection to Vienna. “All three are some of the most important composers in music history, and all lived and worked here” explained Mair. “Brahms is considered the legitimate ‘heir’ to Beethoven, and his first symphony was often described as Beethoven’s 10th symphony.” Brahms used very similar methods for composing, and “began publishing his compositions very late in life, as he felt the pressure to match Beethoven’s brilliance, and took his time. He published his first symphony when his was 43, as he didn’t believe he would be able to hold up to the standard Beethoven had set.”

With this program, the evening with the Klangvereinigung, Trio Artio and the historic trio of Beethoven, Haydn and Brahms is a true celebration of anniversaries, from one decade to several centuries, and tickets can be purchased here.